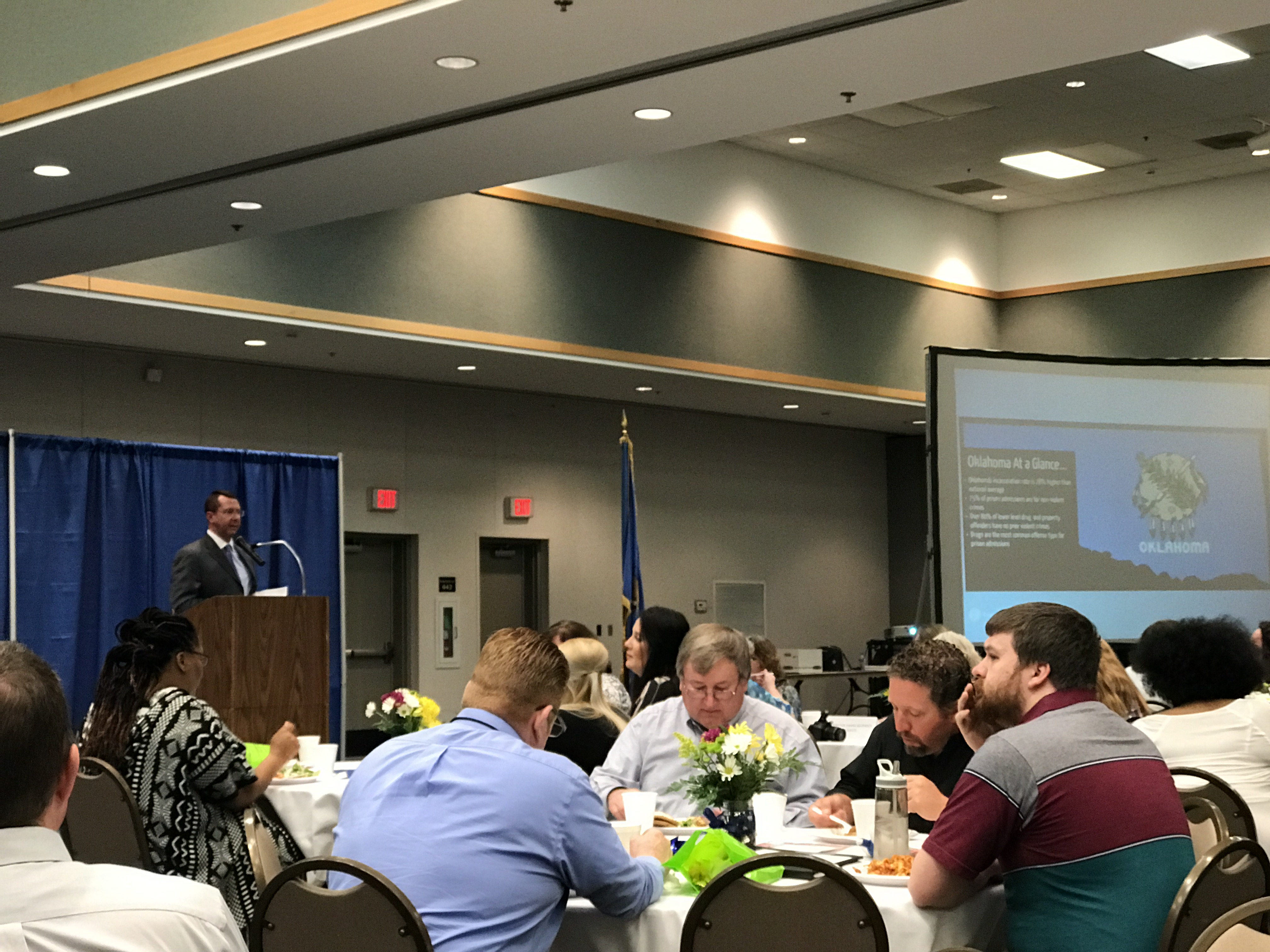 The Pottawatomie County Child Welfare Collaborative Family Support Task Force in partnership with the Avedis Foundation hosted a community luncheon to raise awareness about child welfare in Oklahoma.  The Shawnee Lions Club as well as other civic clubs in the area attended the event.

The featured speaker was former Oklahoma State Representative and Speaker of the House, Kris Steele.  Steele is now the executive director of TEEM.  The Education and Employment Ministry, also known as TEEM, is an interfaith, 501(c)3 nonprofit organization dedicated to breaking cycles of incarceration and poverty through education, personal development, and work readiness training.

Steele has been a leader in the fight for criminal justice reform in Oklahoma.  “We incarcerate female offenders 2.5 times national average.  We have the highest female incarceration rate on the planet.  I used to joke about this, but I don’t joke about it anymore.  If you think that females in Oklahoma are worse than females in Arkansas or Texas, you are simply mistaken.  These statistics are way out of line.”  According to Steele, it costs the State of Oklahoma $19,000 to incarcerate a person for a year, and a person who has been in prison for a non-violent offense is more likely to commit a violent offense after released.  Steele wants to take the money used for incarcerating non-violent offenders and use the money to help them with their underlying issues such as mental health, addiction, and poverty.